Although well-functioning gasoline and diesel engines had already been around for decades, Felix Wankel started looking from 1924 for a more elegant alternative to the "terribly shaky reciprocating piston engine" whose piston movements consume a lot of energy at the top and bottom end. His goal: a suitable design for a rotary piston engine. In his own institute, Wankel constructed the actual Wankel engine on 13.04.1954 after numerous experiments. With it he was able to convince the NSU managers to finally invest money in the development.

Initially, the Wankel engine was a rotary piston engine in which all moving parts rotate around a fixed point. So not only the rotary piston, called the rotor, but also the housing rotates. The spark plugs were mounted in the rotor. The fuel-air mixture was supplied via the hollow shaft. Unfortunately, this complex engine, built with many filigree sealing parts, was not very durable and difficult and expensive to manufacture and assemble. In this form it would never have been able to make its way into a series product.

So NSU engineer Hanns Dieter Paschke was given the task of transforming Wankel's idea into a cheaper engine that could be easily built in series production. Paschke succeeded in this by no means of a trivial task (based on the ideas of Ernst Höppner) by, very simply put, stopping the external rotor rotating in the rotary piston engine. The rotary engine was born.

In 1964 the NSU single-rotor Wankel Spider was introduced. In 1967 the NSU Ro 80 with two rotors followed. At the same time Mazda, licensee for the revolutionary engine since 1961, launched the Cosmo Sport.

A Wankel euphoria virtually arose. Mercedes-Benz conducted test series with its gullwing model C111. It was equipped with a three- and also four-rotor Wankel engine. Citroën also started with the Bi-Rotor model. Over the years almost two million cars with Wankel engines were sold. It was not the technical inadequacy that was ultimately to blame for abandoning the Wankel idea, but the lack of courage to implement it commercially. A changeover to the production of the new engine would have swallowed large sums of money.

Only Mazda managed to continue working almost unnoticed on the development of the rotary engine. Today Mazda is the only car manufacturer that builds series-produced cars with Wankel engines. This loyalty could perhaps pay off one day, because Prof. Franz Pischinger of the TH Aachen together with three colleagues stated already in 1983 in the “Motortechnische Zeitschrift” that the Wankel engine "is also suitable for propulsion with hydrogen". In some areas it is even superior to the reciprocating piston engine, which Felix Wankel mockingly called "fidgety", when operated with hydrogen. 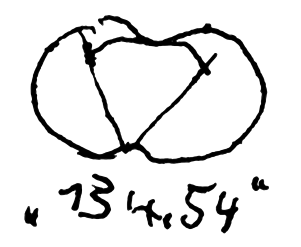 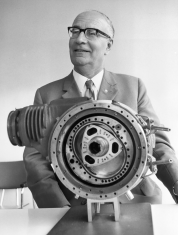